Panicking because your baby experience chicken pox? Huggies shares with you on how to manage when your baby having chicken pox.

Chickenpox used to be a common disease during childhood, but since vaccination against it has become routine there are less cases of chickenpox throughout our communities. It is estimated that around 90% of people will catch chickenpox if they have not been vaccinated against it.

Having a case of chickenpox used to be seen as a marker for childhood, a sort of badge of honour that we had passed some sort of juvenile milestone. In fact, there used to be “chickenpox parties” where children who had not had the disease were invited to come and share the contagion risk with the infected host. But times change, as has our understanding of communicable diseases and their complications.

Since widespread vaccination against chickenpox was introduced in 2006 there has been a significant decrease in the number of cases each year.

What exactly is chickenpox?

Chickenpox is a disease caused by the herpes zoster virus, Varicella Zoster. It can occur at any stage of the life-span, though in children it tends to be milder than in adults. Usually chickenpox lasts for around seven to ten days. Some people develop a bad case of chickenpox and become quite ill. Others don’t seem to get it so intensely and it’s not such a problem.

What are the risks of having chickenpox?

The greatest risk is to those people who are immunosuppressed. E.g. their immune function is not ideal, and they are unable to fight off infections, such as people being treated for cancer and having chemotherapy. Pneumonia and encephalitis – inflammation of the brain, are the most common complications and it is these which can cause the greatest problems.

The other group who are at increased risk are pregnant mothers. Infection during pregnancy can lead to malformations of the foetus and other complications.

How is chickenpox spread?

Chickenpox is spread through person to person direct contact. The fluid contained in the blisters is very contagious and if this comes into contact with another person, transmission of the disease is likely. Sneezing and coughing are another mode of transmission, as is sharing mucous and saliva.

It is also possible for children to develop chickenpox after they have been in contact with a person who has shingles. (See below for shingles information).

Once the lesions are dry and crusted over, the risk of contagion decreases. This generally takes a week or a little longer from when the rash first appears.

For people who are not immune to chickenpox, their risk of contracting it is very high. There are two ways to develop immunity to the disease, either by having chickenpox previously so the body has built an active resistance to it or, by being immunised passively against it. Once someone has had chickenpox they are unlikely to have it again. For people who’ve had only a very mild dose, they are more likely to contract chickenpox again.

For children who have chickenpox and who go to child care, kindy or school, they need to stay away for five days after the rash first emerges and until all the lesions have dried up and crusted over.

To reduce the spread of chickenpox:

•             Air bedding and anything which comes into contact with the infected person.

•             Cover the blisters if you need to go out. Elastoplast type coverings are ideal as they tend to stay on and seal the area. This reduces the spread of the infected blister fluid and protects the lesion from infection.

•             Avoid going near crowds, pregnant women, young children or people who are not immune. This limits the spread and just shows a degree of social responsibility.

•             It is important that anyone with chickenpox or shingles has no contact with another individual who is immunosuppressed e.g. having chemotherapy.

•             Consider having the chickenpox vaccine if you are not immune. It is effective up to five days after exposure to the virus, but preferably should be given within three days.

•             Immunoglobulin injections given up to 96 hours after exposure to the virus can help to protect individuals who are at particular risk. Young babies, pregnant women and those who are immunosuppressed and/or having chemotherapy may all benefit from having Varicella zoster immunoglobulin (VZIG).

It takes around 2-3 weeks from when the chickenpox virus enters the body until the rash appears. In this time, the person generally feels fine until towards the end of the incubation period when they may start to feel tired, run down and generally unwell. For parents who are observing their child it can be unclear to begin with what could be wrong. It’s not until the rash emerges that parents can then make sense of their child’s behaviour and generalised symptoms.

What are the symptoms of chickenpox?

Because of the initial feelings of tiredness, general fatigue and lassitude, chickenpox can be passed off as a myriad of other viral or bacterial illnesses. There can be a quick onset of an elevated temperature, a prickling feeling of the skin and becoming sweaty with a flushed face. Some children will develop a clear runny nose as well.

Then the tell tale rash appears, with small red spots which quickly turn into clear fluid filled blisters which start to appear on the trunk and back. They quickly spread down the limbs, onto the face and become widespread over a few hours of more.

As the blisters emerge, they generate an intense feeling of itchiness and it can become almost impossible not to scratch them. But doing this causes pain and can lead to the lesions becoming infected, which increases the likelihood of scarring.

Not all the blisters come up at the same time and can continue to erupt over a course of three to four days. As some of them turn into crusts and dry out, new blisters can develop so the course of the disease can be as long as a couple of weeks. It might take several weeks for all the scabs to fall off. The healed skin under the lesion often appears red for a few months. Chickenpox lesions tend not to scar unless they become infected or are very large.

Chickenpox blisters are not discriminatory about where on the body they develop. Within the ears, on the genitals around the eyes and nostrils – there is really nowhere on the skin which is immune to their spread except for the palms of the hands and the soles of the feet. Even the scalp can be affected and some people are unable to even comb their hair for the week or so that they have chickenpox.

Apart from physically feeling miserable, the appearance of chickenpox can make the sufferer feel very unwell and unhappy.

What can I do to prevent my child getting chickenpox?

There is a very effective vaccine available to prevent children from getting chickenpox.

The vaccine is recommended for anyone who is aged 14 years or older who is not immune. For these individuals two injections are necessary. This is not covered under the free schedule.

The chickenpox vaccine is not 100% effective. Around 70-90% of individuals who have the vaccine will be protected, but even then not with complete immunity. It is still possible to contract the disease even after immunisation. But the bout of chickenpox will not be as severe as if the person was not immunised in the first place.

What is the treatment for chickenpox?

There is no cure for chickenpox and the only management is to try and alleviate the symptoms. Because it is caused by a virus, antibiotics are not effective. Paracetamol in the recommended dose and frequency can be useful in relieving an elevated temperature and feelings of misery.

There is a range of lotions and rinses which can be added to warm baths and which helps to reduce the itching sensation of the lesions. These can be very soothing, especially in summer when sweat tends to exacerbate skin irritation.

Some people find that bicarbonate of soda dissolved in the bath water helps to take the itch out of the rash. Likewise there can be comfort in using gauze pads soaked in bi-carbonate of soda and water which are then held against particularly itchy lesions.

Calamine lotion can be applied to the rash – this helps to dry them out and reduce itching. Anti-histamine medication is available on prescription from the pharmacy and this can also help. This medication can also lead to sleepiness which also brings symptomatic relief.

If your child is itchy and scratching their skin, then make sure their fingernails are kept short and smooth. Placing mittens or socks on their hands before they go to bed can help to reduce the likelihood of scratching and infection which can lead to scarring.

You can also offer your child:

•             Comfort measures such as clean sheets and fresh air in the bedroom where they are resting.

Shingles is essentially a resurgence of the chickenpox virus many years later. The virus lies dormant in the nerve endings and if the person becomes run down, their immune system is not working effectively or they are just unlucky, the herpes zoster virus reactivates. Painful blister-like lesions appear, most commonly on one side of the body and along a nerve pathway. Even when the blisters have healed, there can be pain and tingling for months afterwards. It is possible for someone with shingles to transmit the chickenpox virus to another person who is not immune.

Treatment is with specific anti-viral drugs and with analgesics. Rest, quarantine and helping the person to be comfortable are all an important part of the overall management of shingles. 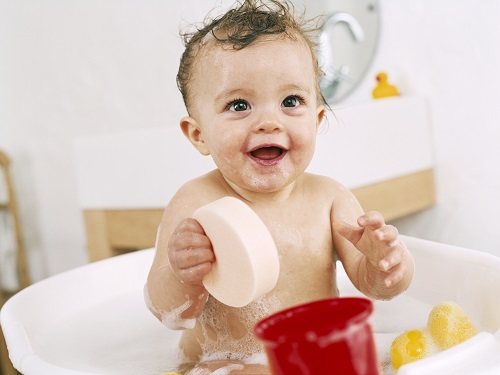