Respiratory Syncytial Virus (RSV) is the most common cause of lower-respiratory-tract infection in infancy or childhood. Huggies share with you the risks, symptoms and how we can prevent RSV.

What is Respiratory Syncytial Virus (RSV)

RSV is the most common cause of lower-respiratory-tract infection in infancy or childhood. RSV is highly contagious. Approximately one-half of all infants are infected with the RSV during the first year of life and nearly all children have been infected at least once by the time they reach their second birthday. RSV causes cold-like symptoms that can trigger chronic breathing difficulties if the lungs become involved.

Who is at risk?

Babies born prematurely as well as those with chronic lung disease or congenital heart disease are at the highest risk of severe disease and hospitalization due to RSV. While adults and healthy children can normally cope with the mild cold-like symptoms of an infection, at risk infants are at a high risk of being admitted into hospital. In babies who are born prematurely or who have lung or heart complications, RSV may cause life-threatening conditions requiring intensive care

How common is RSV?

What is the worst time of year to catch RSV?

RSV occurs in seasonal outbreaks, usually through autumn to winter.

What are the symptoms of RSV?

In premature infants, infants with congenital heart disease, chronic lung disease, or a compromised immune system, RSV can cause serious respiratory complications, such as pneumonia or bronchiolitis.

In healthy adults and older children, RSV usually causes only a mild cold. After three to five days symptoms may worsen as the virus spreads to the lungs. These include breathlessness, rapid breathing, wheezing and a strong cough. RSV can also cause acute viral croup and viral pneumonia.

How is RSV spread?

RSV is transmitted easily from person to person through physical contact, coughing and sneezing. RSV can live for 30 minutes or more on hands and for several hours on surfaces such as doorknobs.

Because RSV spreads so easily, infection control is very important, particularly in individuals at high risk for infection.

What can parents do to prevent RSV?

There are simple steps parents can take such as:

•             Keeping your baby away from other people with coughs and colds, particularly during the RSV season. If your child is at high risk, try to avoid crowded environments

•             Washing toys used by children who have symptoms of a cold. Viruses can live on the surfaces of tables and toys for several hours. Discourage other people from kissing your baby

•             Not exposing your baby to a smoky environment from cigarettes, either in your home, or outside

Why are premmie babies most at risk for RSV infection?

Pre-term infants are at the highest risk for serious RSV infection and related hospitalisation. Premature infants have underdeveloped lungs, which can be a contributing factor to increased risk for RSV disease and cardiopulmonary complications.

Infants with a congenital heart disease (structural or functional defect in the heart that is present at birth) or a chronic lung disease are also at increased risk of developing severe RSV disease, hospitalisation and death.

Other risk factors for severe RSV disease include low birth rate (less than 2500 grams or 5.5 pounds) and a compromised immune system.

Other contributing factors are exposure to tobacco smoke, having school-age siblings, attending daycare and living in crowded conditions.

If my little one gets RSV, will my baby need to be admitted to hospital? This will depend on how badly your baby is affected by the virus. The reason babies with RSV are admitted to hospital is because of increasing breathing difficulties. Infants, being unable to breath, will not feed and as a result dangerous dehydration is the principle reason for admission to the Paediatric Intensive Care Units (PICU). As the virus progresses through the lung, the lung tissue inflames and sloughs off and blocks airways, leading to wheezing and respiratory distress. In some very severe cases this means the infants need to be put on ventilation machines, sometimes for days at a time.

If my baby has already had RSV can they be infected again?

Unfortunately, being infected once does not protect your baby from becoming infected again with RSV.

Are there any long-term effects from getting RSV as an infant?

Some babies with RSV continue to have recurrent respiratory symptoms throughout childhood. It is estimated that, of all the babies admitted to hospital with the disease, 30 per cent will still suffer recurrent wheezing episodes 10 years later. Some may develop into asthma. 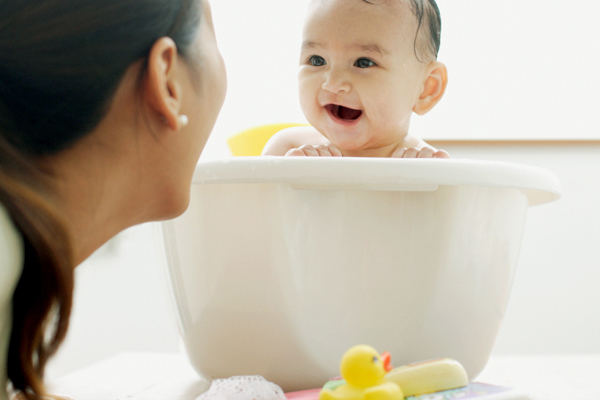 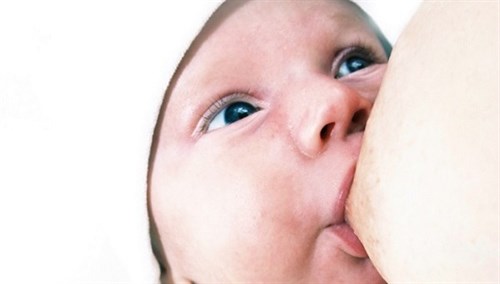 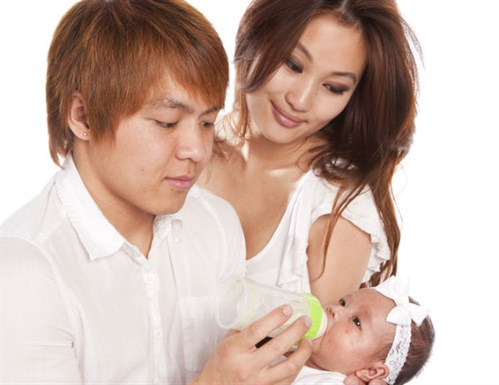 Dads Supporting Breastfeeding - How To Help Your Partner