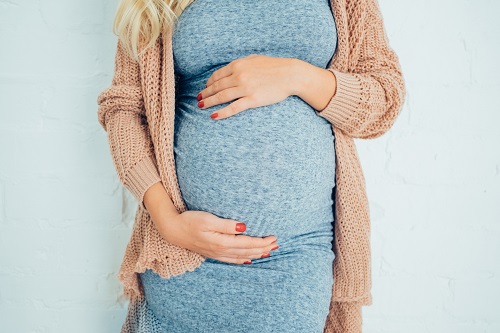 If you’re planning to get pregnant, one thing that will really help you is having a good understanding of the ovulation cycle. Knowing the patterns of your own ovulation cycle is key to ensuring that you have sex at the time when you are most likely to fall pregnant. You are most likely to fall pregnant if you have intercourse in the day or two before ovulation occurs; so an understanding of when that is likely to be, can help identify your fertile period.

The ovulation cycle (also known as the menstrual cycle) has four phases: menstruation, the follicular phase, ovulation and the luteal phase. Every woman’s body goes through a systematic process each month, where bleeding is followed by the development and release of an egg, her uterus prepares for impregnation, then either supports a conception and pregnancy or breaks down the uterine lining, and the ovulation cycle begins again with the first day of menstruation.

The ovulation cycle operates a biofeedback system, with hormones released in each phase also influencing other glands to release different hormones, triggering the next phase. It all starts in the brain with the hypothalamus, the core controller of the body’s endocrine (gland) system, which triggers the release of hormones, mainly oestrogen and progesterone, from the pituitary gland, thus regulating the ovulation cycle.

Although the ‘average’ menstrual cycle is 28 days, women vary greatly. A ‘normal’ cycle can be anything from 21 to 35 days. Most women’s cycles tend to fall into quite a regular pattern, although they can be disrupted, typically by stress, illness or very high levels of physical activity.

However, the post-ovulation luteal phase is thought to remain fairly consistent at between 10 to 16 days in nearly all women, no matter how long their usual menstrual cycle.

A study by Wilcox et al. in 2000 in North Carolina noted that the ‘fertile window’ can be very unpredictable. Knowing that this phase is probably going to be a certain number of days, gives you the ability to start charting your ovulation cycle and recognising the pattern.

Understanding the usual length of your ovulation cycle allows you to count backwards, fourteen days, to discover the time most likely to be your fertile period. This can help understand your ovulation cycle, particularly if you use some of the other signs and signals to help you identify the time of ovulation more accurately.

The ovulation cycle starts with the first day of menstruation. Some women experience a time of spotting before red blood appears. The appearance of red blood signals day one of menstruation. During menstruation, cells from the lining of the uterus (or endometrium) are expelled through the vagina along with blood and mucus. The average time of bleeding can be anything between three and seven days and the average blood loss during menstruation is estimated at around 35 millilitres.

In the ‘average’ 28 days cycle, this phase lasts until Day 14, however the length of this phase of the ovulation cycle will vary greatly from person to person and even from month to month, if your cycle is irregular. Menstruation is triggered when a drop in the level of the hormone progesterone at the end of the previous ovulation cycle causes the uterus to start to shed its lining – and this drop-in progesterone also triggers the rise FSH.

A number of mature follicles in your ovaries (between five and seven, according to some sources) each start to develop an ovum (egg) ready for release from the ovary. Usually, just one egg will be released (the release of more than one egg is not typical and is the reason for non-identical multiple births). But in the lead-up to ovulation, there is a race between the maturing follicles to become the dominant one.

At the same time, the ovary also starts releasing the hormone, oestrogen, which triggers the thickening of the uterine lining to prepare for the implantation of a fertilised egg. Rising oestrogen also changes the make-up of cervical mucus, which becomes thinner and better able to support sperm travelling towards the fallopian tubes to meet the newly released egg.

By around Day 12 in an ‘average’ cycle, one follicle will have established dominance and the other follicles will start to degenerate. The follicular phase ends when oestrogen levels reach a peak, triggering the release of several hormones (known collectively as gonadotrophins, these include luteinising hormone, or LH).  The release of other hormones causes the occurrence of ovulation and also results in the levels of oestrogen dipping. One hormone released, androgen, often promotes an increase in sexual desire in women, clearly aimed at improving your chance of getting pregnant.

The release of luteinising hormone causes the mature follicle to release an egg within twelve hours. Around the same time, the release of the hormone progesterone is likely to be the cause of a rise in your resting body temperature shortly after ovulation.

Following ovulation, most eggs do not live very long and unless they meet a sperm in the fallopian tube, will leave the body. If the egg has been fertilised, it becomes a zygote; and that zygote then has several days to implant into the now well-lined uterine wall. If these two events are successful, you have a pregnancy.

Your body then enters the final phase of the ovulation cycle, the luteal phase – and what happens next depends on whether you are pregnant or not.

Following ovulation, the follicle that released the egg keeps growing, becoming quite large in relation to the size of the ovary, and transforms into something called the ‘corpus luteum,’ which is a temporary gland-like structure that produces more hormones, particularly several oestrogens and progesterone, which cause the levels of the hormones LH and FSH to drop and make the lining of the uterus receptive to implantation of a zygote.

What happens next depends on whether the egg has been fertilised or not.

If you are pregnant, implantation causes the production of the hormone human chorionic gonadotropin (hCG), which enables the corpus luteum to continue to produce progesterone for several weeks until the placenta has developed sufficiently to take over this role. The corpus luteum then degrades into the surface of the ovary.

If there is no pregnancy, the corpus luteum starts to degrade straight away due to the low levels of LH and FSH and it stops producing progesterone and oestrogen. As levels of these hormones drop, the ovulation cycle begins again as the uterus sheds its lining and the production of FSH is triggered.

The ovulation cycle and the moon

There’s no evidence-based research showing a link between a woman’s menstrual cycle and the phases of the moon, although the average menstrual cycle is around the same length of time as a lunar cycle.

Many scientists argue that this is coincidental. There has been some suggestion that the pineal gland (which secretes melatonin) is influenced by changes in light and darkness and may play a role in regulating hormones, and studies in the 1970s by Dewan found that light could influence ovulation regularity.

But there is absolutely no scientific evidence to support a theory that women experience two fertile times during one ovulation cycle because of a “natal lunar phase” and it is wise to be wary of claims that encourage you to purchase further information about this.

This article is adapted from "Fran Molloy, journalist and mum of four. 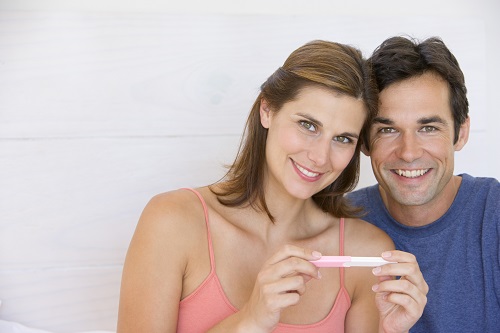 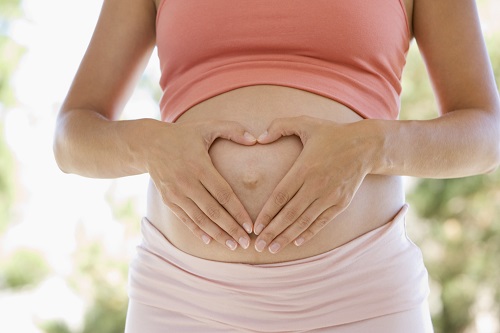